By Stephanie Linning For Mailonline

The eight remaining professionals were last night tasked with redesigning rooms at Highley Manor, a Sussex wedding venue that was once the home of Percy Bysshe Shelley.

Half the group was asked to fit the brief of ‘understated glamour and subtle luxury’ while the other four designers channelled a ‘decadent and maximal finish’.

Designer Jonathan Burns, of Worthing, West Sussex, who fell into the latter group, promised: ‘My room is going to going to look completely different, it’s going to be a slap in the face.’ 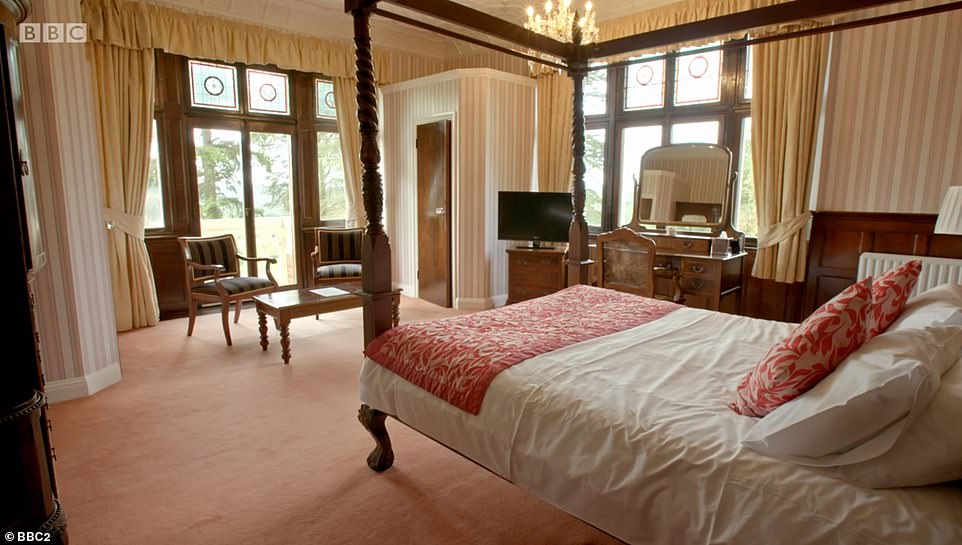 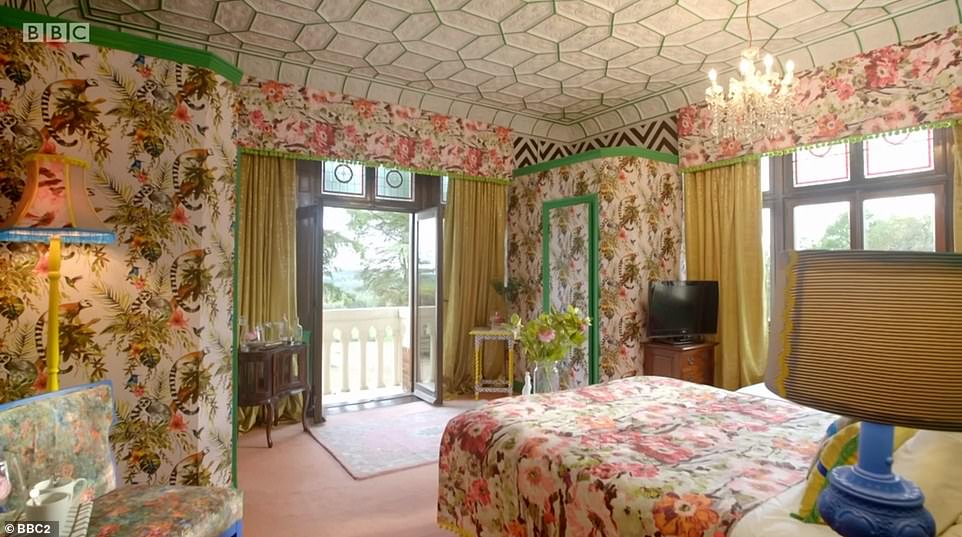 After: Designer Jonathan Burns, of Worthing, West Sussex, promised: ‘My room is going to going to look completely different, it’s going to be a slap in the face.’ The finished result (pictured) certainly delivered on his bold claim 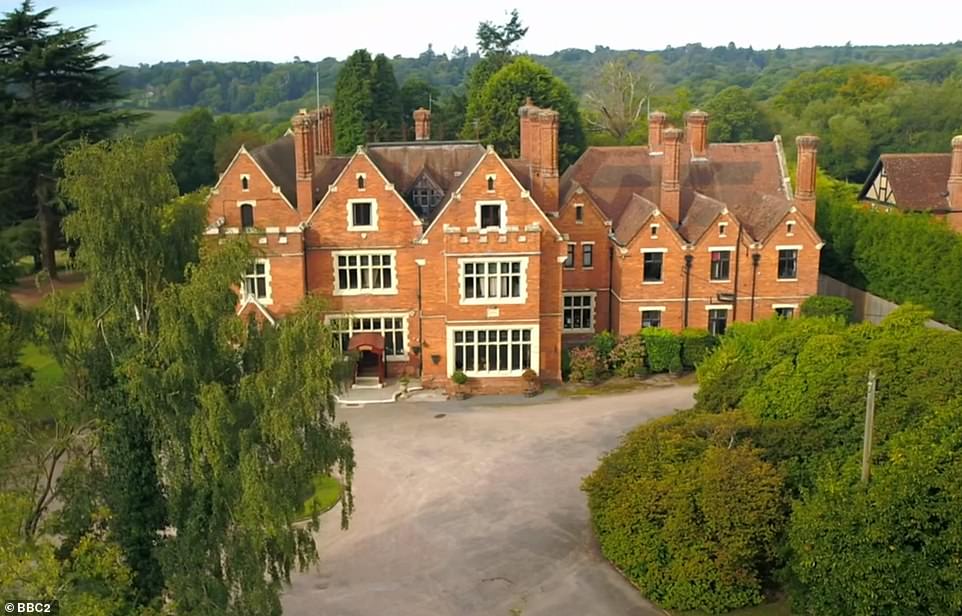 Unconvinced: The combination of primary colours and wallpapers proved too much for the judges – and the viewers

The finished result was certainly bold, with prints and colours covering every inch of the space. But the combination of primary colours and wallpapers proved too much for the judges – and the viewers.

Michelle Ogundehin and guest judge Kit Kemp, founder of Firmdale Hotels, were unimpressed when they walked into Jonathan’s finished space.

Walking into the space, Ogundehin said: ‘Oh my goodness. Every single surface is covered and coloured and patterned. There is a point when too much is just too much.’

Kemp agreed: ‘It is very worrying for the eye and it is just a bit frantic.’ 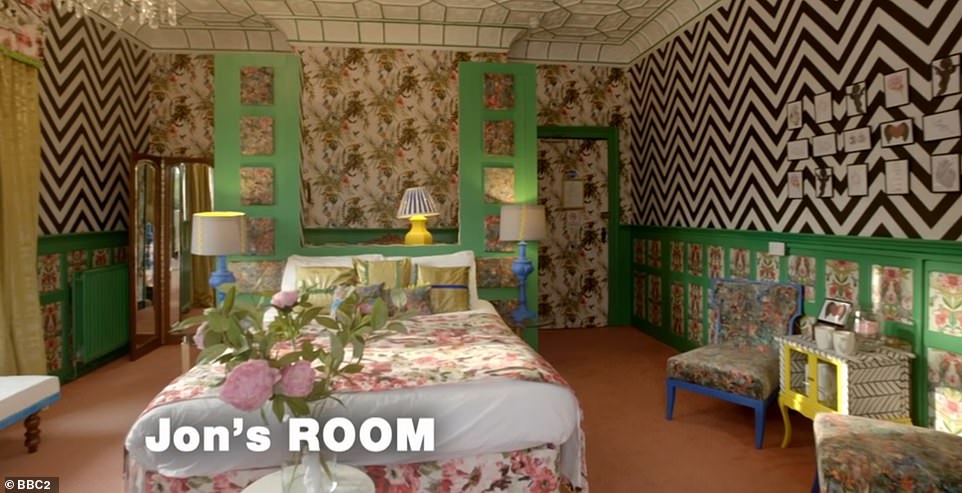 Clashing colours and patterns: Jonathan wanted to ‘throw together’ prints and primary colours in the space 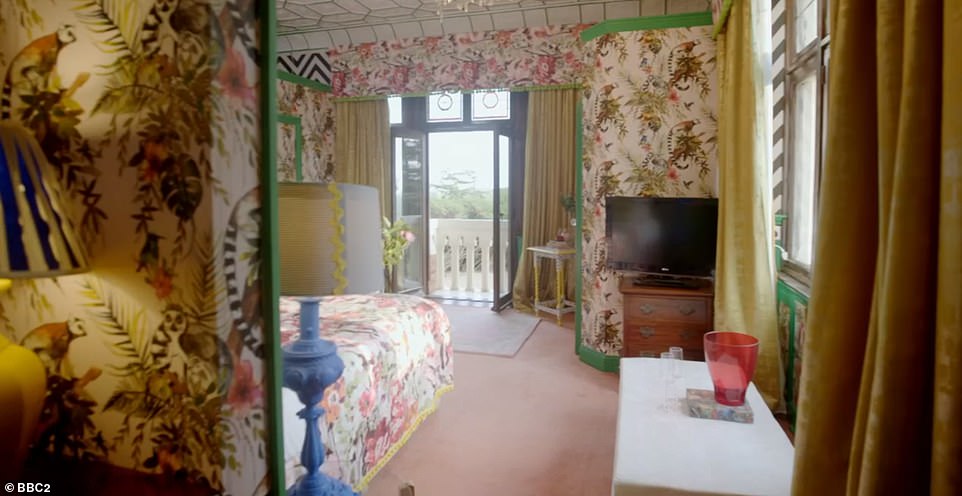 Where to look? The judges commented that the mix of prints, textures and colours overwhelmed the eye 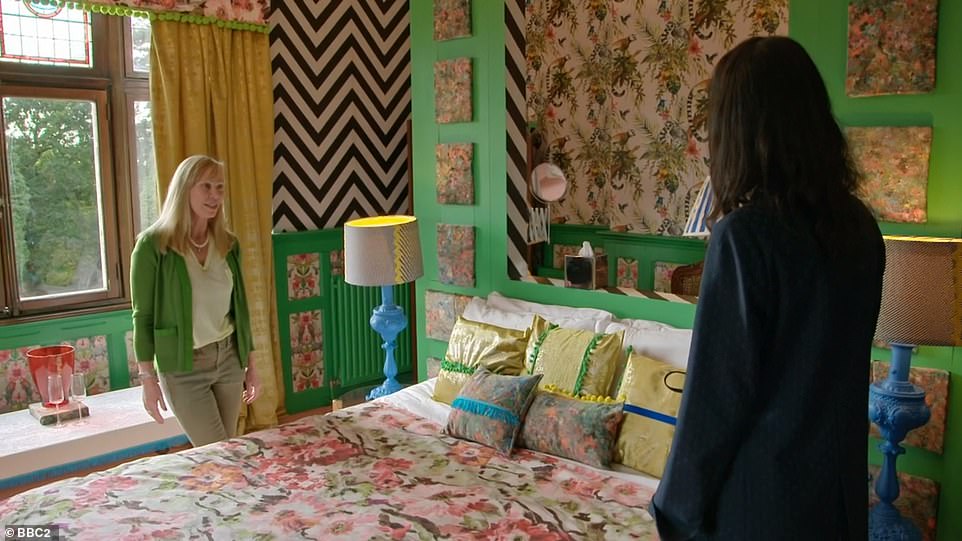 ‘Frantic’: Judge Michelle Ogundehin (back to camera) and guest judge Kit Kemp (left), founder of Firmdale Hotels, were unimpressed when they walked into Jonathan’s finished space. Kemp said the mix of patterns was ‘worrying to the eye’ 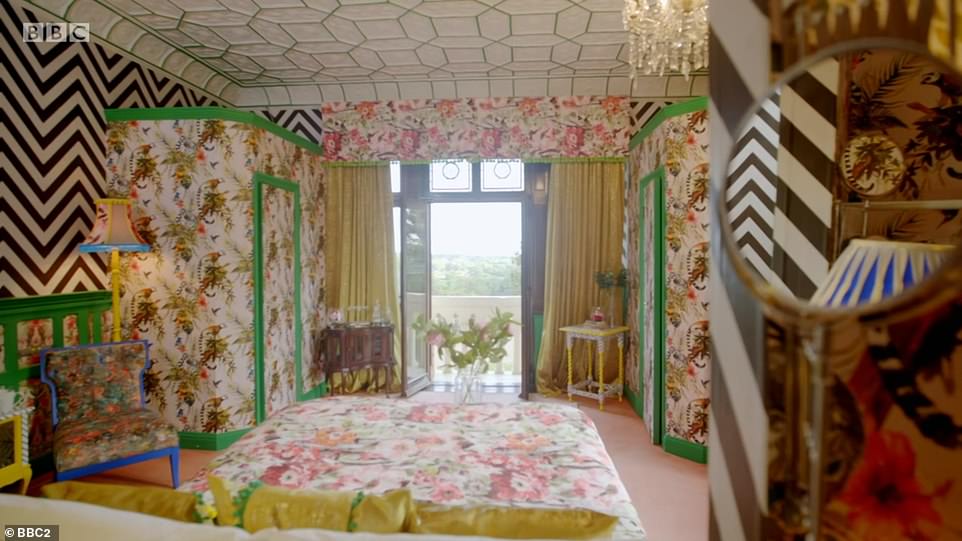 Best feature: The judges noted that the room didn’t work with the outlook to the balcony and the countryside beyond 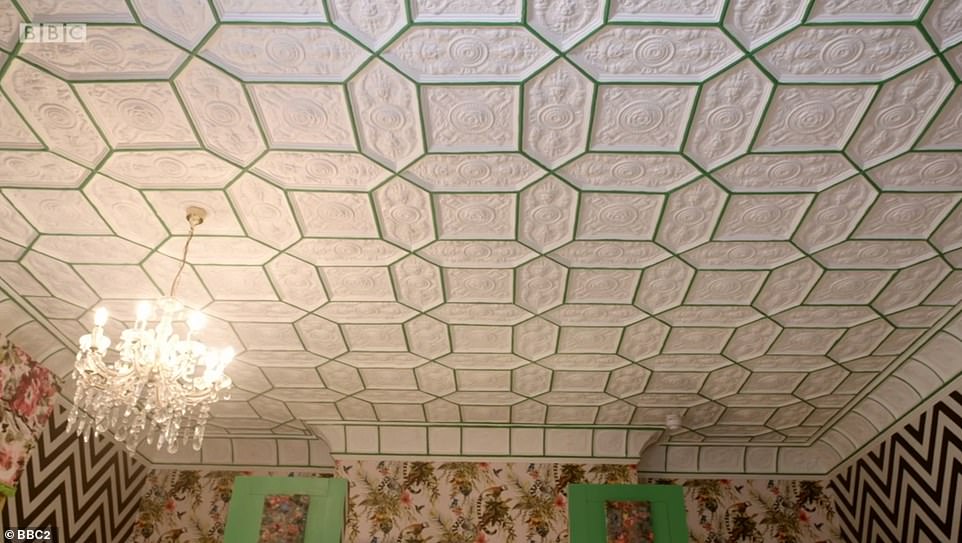 Coloured in: Jonathan extended his colour scheme to the ceiling, where he added crayon green outlines to the patterns

The views were echoed on Twitter, where fans praised Burns’ ‘brave’ ideas but said he had taken them ‘too far’ this week.

One posted: ‘Such a shame Jon has gone, really liked his style but it was bonkers this week. #interiordesignmasters.’

Another added: ‘Oh dear, Jon. That room is a living migraine #interiordesignmasters.’

A third tweeted: ‘OMG I have a headache from Jon’s room #interiordesignmasters.’ 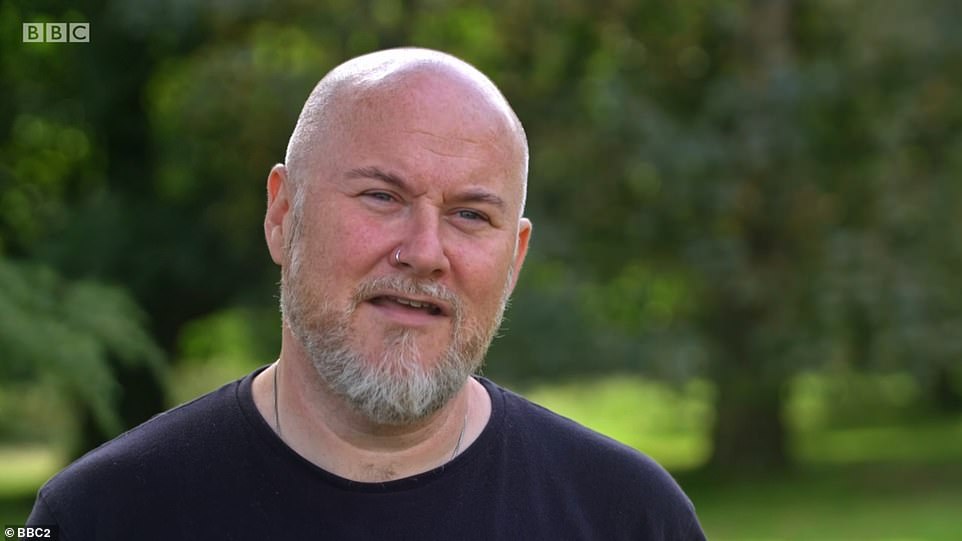 Taking a risk: The design led to Jonathan being eliminated from the competition but he remained pleased with his work

Divided: Viewers were sad to see Jonathan, a fan favourite, leave the competition but said his design was simply too much

The design led to Jonathan being eliminated from the competition but he remained pleased with what he had done.

Some fans agreed and praised the designer for taking risks.

One tweeted: ‘Can I just be the one person to say I genuinely thought Jon’s bright green pattern printed chevron dreamscape room was a DREAM #interiordesignmasters.’

Another wrote: ‘Loving Jon’s room tbh. The brief was ‘maximalist’ that’s what you got.’ 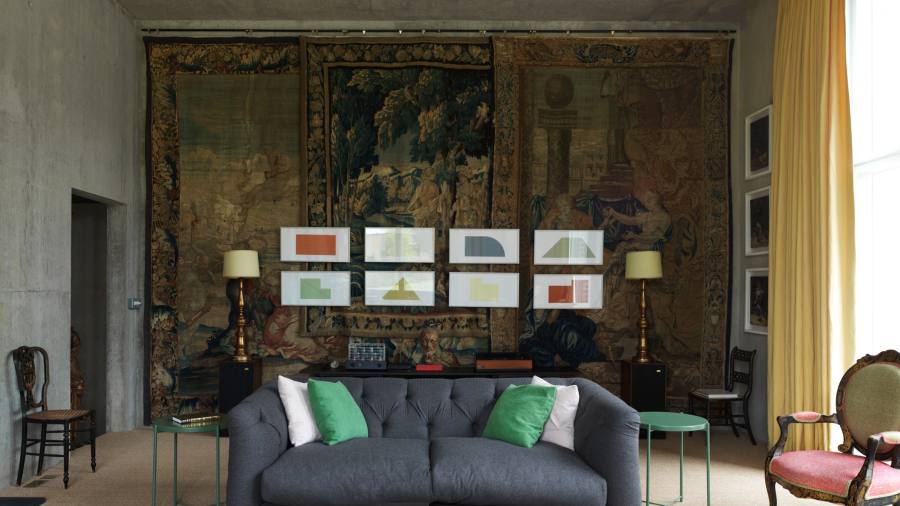 Sylvan linings: why inside designers are getting lost in the woods 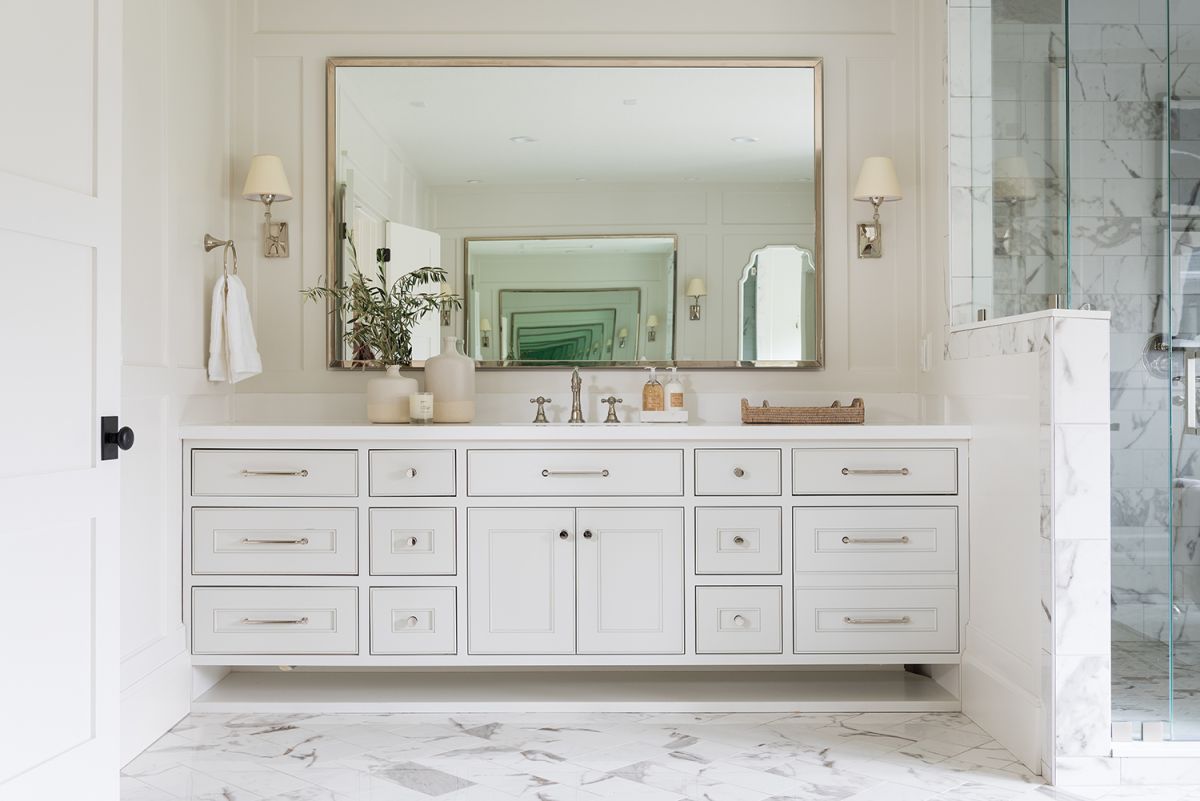 This interior designer’s Greenport house is filled with warmth, this means and North Fork taste