Home construction is booming at a rapid pace across the Austin region — but it’s still not fast enough to keep up with torrid demand, builders and local housing market experts say.

Builders started work on a record number of new homes in the Austin area in the first quarter, according to Zonda, a firm that tracks the housing market. But supply has still not caught up with demand, and that lag — coupled with factors including higher costs for lumber and other home-construction materials and a surge of newcomers, many of them affluent — continues to drive home prices up.

The demand is being driven in part by the wave of people moving in from other parts of the country.  Also playing a role are low mortgage interest rates and buyers who have transitioned to working from home during the coronavirus pandemic and are looking for more space.

Builders are trying to keep up with the increased demand. They started work on 6,664 new homes in the first three months of this year, a 45% increase over the same time last year, and construction began on 23,450 homes during the 12 months that ended in March, a 22% increase from the prior 12-month total, according to Zonda’s latest report.

That demand is bringing new competitors into the market. Landsea Homes Corp., a publicly traded residential homebuilder, is buying Florida-based Vintage Estate Homes for $54.6 million. The deal will mark Landsea’s debut into the Texas and Florida housing markets.

“Austin is one of the fastest-growing cities in the nation mainly due to relatively affordable home prices, overall quality of life and steady job growth, not to mention a booming tech industry,” said Greg Balen, regional president of Landsea’s Texas division. “Buyers are flocking from other parts of the country for these reasons and we expect growth will continue throughout 2021.”

But even with more builders entering the market, there are still more buyers than there are new homes in the works.

“The most recent new-home market statistics reflect the fact that builders in our market continue to be under extreme pressure to deliver enough homes to meet what is an unprecedented level of demand, and at this point they are struggling to do so,” said Eldon Rude, principal of 360° Real Estate Analytics, a market research and consulting practice.

And as long as that strong demands continues, it translates into ever-higher prices for homes, market experts say.

“The result of the current imbalance in supply and demand is an extremely limited supply of homes for prospective buyers to choose from — and rapidly rising prices,” Rude said.

And the median price for all homes — both pre-owned and new construction — that sold in March was a record $425,000, up 28.8% from March 2020, according to the Austin Board of Realtors. That means half the homes sold for more than that amount and half sold for less. Within Austin’s city limits, the median price last month hit a record $514,000, up 24.8% from March 2020, the board said.

Vaike O’Grady, Zonda’s regional director in Austin, said their research indicates that the typical Austin-area homebuyer can spend about $360,000. With the median price in the Austin region hovering near or above $400,000, “that’s a $40,000 gap. And it’s getting worse,” O’Grady said.

The influx of higher-income earners moving to the Austin area is playing a significant role in those soaring home prices, housing experts say.

Austin had a higher net inflow of residents than any other major U.S. city in January, according to online real estate brokerage Redfin.com. Austin was also the second-most popular U.S. destination where out-of-towners were looking to move, according to Redfin.

“Affluent remote workers are able to get more for their money by moving from job centers like the (San Francisco) Bay area to more affordable places,” said Daryl Fairweather, Redfin’s chief economist.

Fairweather said “local residents looking to buy their first home are losing out because of the big budgets flowing into their hometowns. They’re searching for smaller homes in farther-flung neighborhoods, or even dropping out of the search altogether.”

Redfin’s survey findings indicate that in popular migration destinations, which also included Phoenix and Las Vegas, local buyers are losing out to deeper-pocketed out-of-towners. Those prospective buyers moving to Austin had an average budget of $855,000 — or about 32% higher than the average budget of what local buyers were looking to spend.

“There’s no question that in-migration is pushing home prices in the Austin area,” O’Grady said. “Those move-up and move-over buyers also are looking primarily for larger homes with land. With the proceeds from their coastal-market sale, they can go bigger — and they do. We see that in the strong (sales) performance on larger lots in the suburban submarkets.”

The trend of locals losing out to newcomers with heftier budgets doesn’t appear to be fleeting, either, especially with “remote work here to stay for many Americans,” Fairweather said

The rising prices come as a shock to many locals. But to people moving in from the coasts and elsewhere, the prices might be a relative bargain, real estate agents and industry experts say.

“When folks talk about Austin being unaffordable, they really don’t understand the market,”  said Ed Wendler Jr., an Austin developer and housing market expert. “Unaffordable units do not sell or rent. Austin is affordable. It’s just not affordable for the folks that have lived here a long time or affordable for someone who works in the service industry.

Lumber prices have skyrocketed more than 180% since mid-April of 2020, Durham said.

In the Austin area, those higher prices have added, on average, about $40,000 to the cost of a new single-family home, he said.

And nationally, “the unprecedented spikes” have added more than $36,000, on average, to the cost of a new home, said Durham, who also is division president of volume homebuilder David Weekley Homes.

“Although the housing sector continues to lead the nation’s economic recovery, these sharp cost increases, which have led to enormous home price increases, have taken hundreds of thousands of homebuyers out of the market,” Durham said in an email.

“We have been told that the lumber pricing increases are mainly a result of the reduction of production at lumber mills last spring due to stay-at-home orders and social distancing measures enacted by state and local governments at the onset of the pandemic, and for some reason, the mills have yet to ramp back up to full production,” Durham said.

Along with higher lumber prices, “certain materials required by cities’ building codes are not available, causing delays in the permitting and inspection process,” Durham said.

Currently, the majority of new housing inventory is coming from new, master-planned communities, Durham said. He said builders are having to limit the number of lots to be sold because developers can’t keep up with demand.

Wes Peoples, a longtime Central Texas homebuilder, also said the approval process for new development, and the lack of an overhaul of Austin’s land use code, ” is driving up costs and limiting availability for more affordable housing.”

“This and COVID-19 are driving younger buyers out of Austin” and to the suburbs, Peoples said.  “The COVID factor will go away but the affordability factor will remain.”

Dunham said that, to an extent, builders are able to pass on the additional costs they are experiencing, “but that’s not sustainable longer-term.  Both single and multifamily housing has become less affordable and many projects will simply no longer be economically viable,” Dunham said.

No end in sight

“Rates and pricing could slow it down but not stop it,” Peoples said. “Someone thinking that they can wait and get homes cheaper are probably not going to win. If prices level off, any gain will be taken back by rising rates next year.”

O’Grady, with Zonda, said first-time buyers drove home sales in 2020, in part due to low mortgage rates. However, she said she expects to see that slow down as this year progresses.

“Even as mortgage rates remain low, lack of inventory and cost pressures will push home prices through the ceiling,” she said. “First-timers may be pushed to the sidelines, where they will be forced to rent for a while longer.” 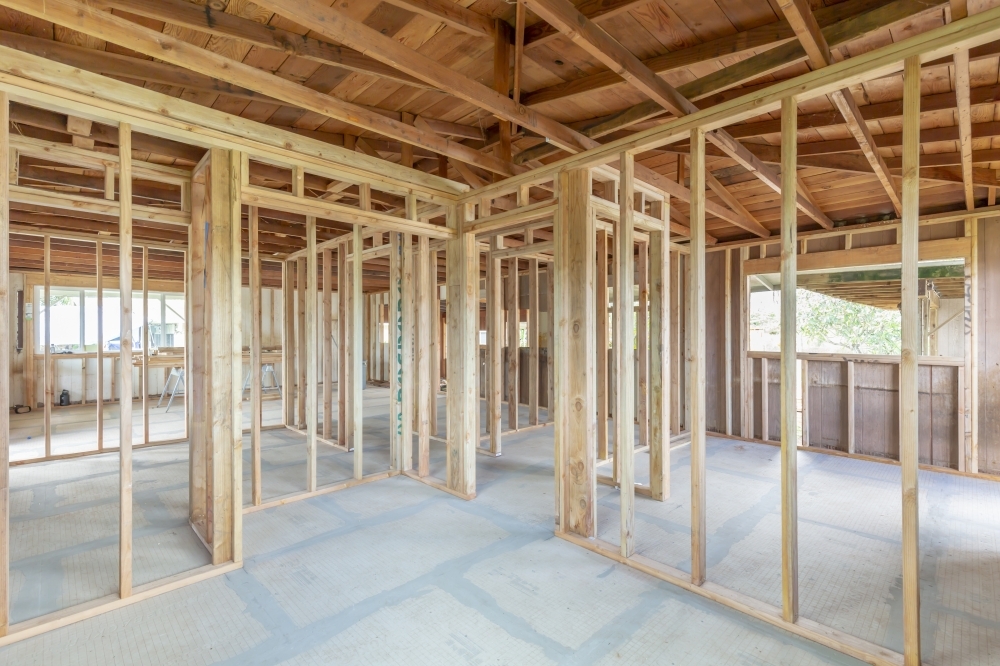 Household development projects on the rise across Maricopa County

Shopping for a Home Gets Harder as Builders Restrict Their Orders 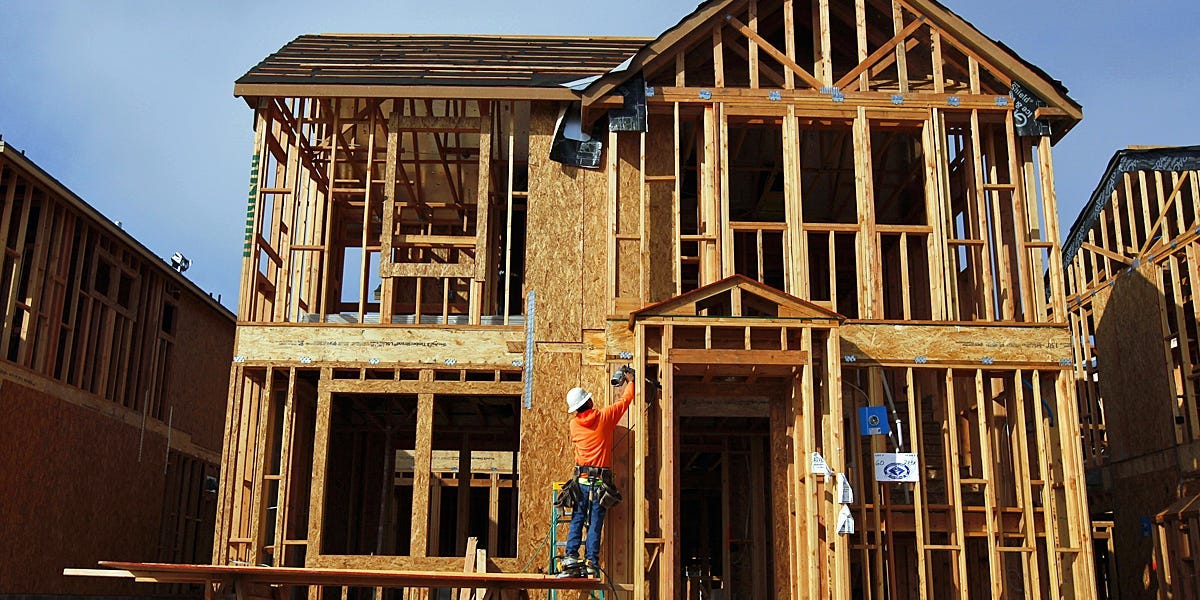 4 Motives US Housing Source Will Just take a Even though to Satisfy Demand from customers: BofA