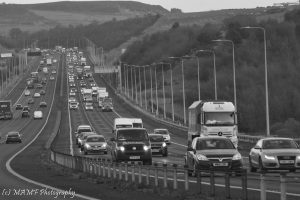 When we mention HGVs, a lot of people think of large lorries going along the motorway. They envision going along the country lanes and struggling to get through them. Sure, some of that is true, but many HGVs don’t fall in that category. Not all of them are those large lorries that you’ve become accustomed to.

In general, an HGV is a heavy goods vehicles, which can be classed as a vehicle that meets a certain weight limit or size. It also requires you to have a specific licence to operate it. We want to help you out and that’s why we’ve created a short guide that will explain the different kinds of HGVs. We’ll also tell you where you may find these HGVs.

These are large lorries that have been designed to transport dry and consumer goods across the United Kingdom. There are many items that these HGVs can transport, and this includes everything from electronic goods to plants to clothes and crisps, to name a few. They come in many sizes, but the size they are depends on what items they transport. Some lorries will have a box body. Others will have a different shape, such as a curtain side. Regardless of their design, they are made so they can transport consumer goods.

Flatbeds are great because they have an open body that is flat and wide. It can transport heavy items that can’t be stored in containers. This means there are many types of objects that can be strapped to the body, and this includes various items such as boards, construction materials and various types of machinery.

Not all emergency vehicles are considered HGVs, such as ambulances and police cars. Standard licences are all one needs to operate those vehicles, as well as specialised training. However, firetrucks do require an HGV licence and HGV training. This is because fire engines meet the weight requirement, and you will need to take an advanced driving course if you want to operate one.

These lorries transport livestock, such as pigs, chickens and horses. These trucks have pens and cages to keep animals safe and secure. Generally speaking, the lorries are only driven for short periods of time, such as between markets and farms.

These have tankers attached to the wheels, or at least some of them do. They carry liquids from one place to another, and these liquids can be highly toxic or they can be chemicals are that extremely hazardous that are used throughout industries such as manufacturing. Sometimes the tankers just carry and transport plain water.

There is a specific licence you need to have to drive this vehicle. You have to be given the OK to operate a tanker that transports hazardous materials. Also, they can transport other stuff like powders and sugars.

This is the category that all other HGVs fall under, such as odd types of lorries that can’t really fit in the other categories. Some examples of these lorries include cement mixers and snow ploughs. Others include tow trucks, car transporters and vehicles that are designed to provide highway maintenance. Some of these vehicles are only operated a few times per year or during specific seasons, such as the winter, summer and so forth.

Those are examples of the different types of HGVs you see on the roads. If you come across any of them, you’ll have a better idea of what they could be transporting. Now you know more about the different kinds of HGVs that are out there.